A Tannat tour of Uruguay

Small but mighty, Uruguay often surpasses expectations. Little did anyone suspect it would be the first nation to take home the World Cup in 1930, nor did it seem likely to become the first country to fully legalise cannabis in 2013. Progressive and enterprising, Uruguay is known for its garra charrúa — showing bravery against all odds.

It’s no doubt brave to adopt Tannat as your champion variety, notoriously one of the most tannic varieties in the world. But Uruguay’s winemakers have tamed this sometimes fierce grape into a stylish, often charming, red wine of many dimensions. And by planting it across all of its wine regions, Uruguay also offers an unparalleled opportunity to taste Tannat in all its guises through a virtual wine tour of the country.

Planted in Uruguay since the mid 1800s, one of the notable pioneers of Tannat was Pascual Harriague, who the variety was named after for more than a century — it is still called Harriague by some wineries today. He planted it in the far western corner of Salto, where the warm climate transformed and softened the fierce, toothy tannins into a supple, fleshy style that Salto is still known for.

If we head downstream, along the tranquil River Uruguay, we reach another heartland of Tannat, in Colonia. Vineyards look out to the enormous mouth of the River Plate, the world’s widest, appearing like a small ocean that stretches between Uruguay’s capital of Montevideo and Buenos Aires in Argentina. The picturesque cobblestone streets and colonial charm of this seaside resort has long been a getaway for Latin America’s literati, with the pastoral farmlands their pantry. Colonia is home to some of Uruguay’s oldest wineries, including Los Cerros de San Juan, founded in 1854. Here, on the temperate river banks of clay and limestone, Tannat takes on a voluminous character with ripe plum notes and warming alcohol. 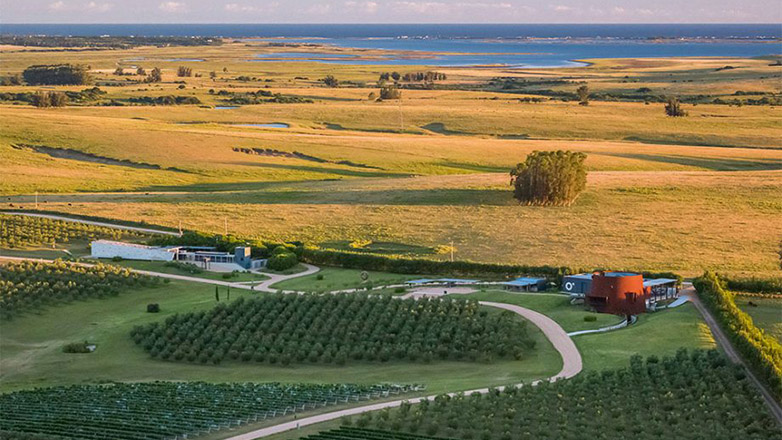 Travelling further along the coastline, the water gradually turns from the mineral-rich river water to clearer, more vigorous sea waves — a meeting point with the Atlantic Ocean. The busy port city of Montevideo, with its bustling restaurants, tango bars and belle époque theatres, was always destined to be Uruguay’s main wine market, and so from the 19th century onwards the main wine region of Uruguay gradually unfurled at the foot of the city, in Canelones.

In this traditional heartland, with its gentle undulating hillsides, fertile clay soils and mild maritime climate, Tannat thrived. Today we can find Uruguay’s most classic expressions of the variety, resplendent with dark fruit aromas and firm tannins that are best tamed over years in barrel or bottle. But Canelones is also a hive of experimentation. From juicy, fruit-forward reds made with no oak influence at all, to sweet late-harvest wines or even sparkling Tannat — there’s a manifold of styles being made.

Within Canelones are also some ‘grand crus’, including Uruguay’s best-known: Las Violetas. Here, the Tannats take on floral perfume and the tannins become more filigree; these wines can be enjoyed for decades. Even vintages from the 1970s and ’80s, the dawn of Uruguay’s quality revolution, still hold on tight to their trademark acidity and spine.

Another southern grand cru in the making is in the Sierras de Mahoma, just over the border in San José. Millions of years of erosion has left a sea of stones and enormous granite boulders, with a treasure trove of vertical schist underfoot. These schists have been anchoring Tannat vines for the past two decades and the wines are thrilling in their sanguine, ferrous nature with grip and power. 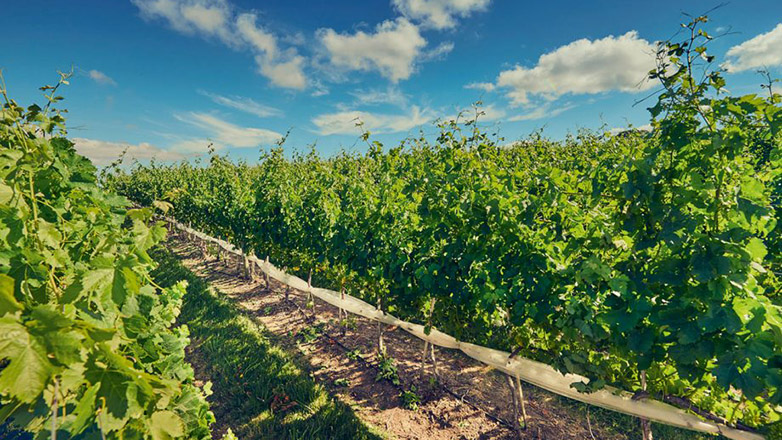 As we travel further north along the coast towards Brazil, we pass the breezy vineyards of Atlántida, Canelones’ coolest coastal outpost, and onwards to Maldonado, Lavalleja and Rocha, the final frontier for Uruguay. The coastal influence here is much stronger – Pacific proper now – and the temperatures are cooler. But it’s the ancient granite bedrock that attracted the modern pioneers of the region, who have transformed this coastal backwater into one of Uruguay’s most-wanted terroirs and busiest wine routes.

Although all of Uruguay is influenced by its proximity to water and the sea, there are other regions that beckon us further inland. The central zone of Durazno, where grapes ripen earlier, makes bold and powerful Tannats with black forest fruit and earthy aromas. And the gaucho-trodden highlands of Rivera, just before the border of Campanha, Brazil, have deep red soils and a warm, sunny climate that give wines with ripe fig and nectarine peel aromas but firm tannins framed by invigorating acidity.

If you thought Tannat was one-dimensional, Uruguay will make you think again. This is a country eager to surpass expectations — and take the world’s expectations of Tannat along with it.

Start with Uruguay’s riverside Tannat at Campotinto and Narbona in Colonia. Continue your tour to the heartland of Canelones where most wineries are open for tasting. Lunch at the restaurants of Bouza, Familia Deicas, Spinoglio or Artesana, and stay overnight at Pizzorno. Venture towards the east coast via Bracco Bosca in Atlántida and onto Alto de la Ballena, Bodega Oceánica, Garzón and Viña Eden in Maldonado.