Alfredo Zitarrosa (1936-1989) was one of the leading figures of Uruguayan popular music.

Since his first album, Canta Zitarrosa, released in 1966, Zitarrosa forged a unique music style, where rural folk traditions went hand-in-hand with tango and urban rhythms. It was a new way of understanding roots traditions, and he gained an enormous popularity in Uruguay and across South America.

He had also an astounding voice and an inimitable style as a performer. Dressed always in a dark suit and accompanied by a traditional group of four guitars, Zitarrosa mixed tradition with innovation.

The milonga, a musical genre with African origins that was the root for tango and that also has traits of different Latin American and European music styles, was the main musical vehicle and the support of his best songs.

Zitarrosa made the traditional guitar quartet formation a trademark of his music.

Guitar quartets have been present in Uruguayan music since the beginnings. The formation can be traced back to tango -guitar quartets or guitar trios with acoustic bass- but had also rural folk ramifications.

Zitarrosa was forced to quit his country by the authoritarian regime that ruled Uruguay from 1973 to 1984. His return in 1984 was an historic event. Thousands of Uruguayans took the streets to acclaim his comeback.

His premature death in 1989 was another landmark event, albeit a very sad one. A multitude reunited to gave the last goodbye to one of Uruguay’s main voices.

Alfredo Zitarrosa would have turn 80 on March 10, 2016. To celebrate this event, a mega show called Zitarrosa 80 was planned in Montevideo’s historical Estadio Centenario.

Finally, and after a cancellation forced by heavy rain, the day arrived.

On Friday 11, the centenario Stadium was packed with 30,000 people.

It was an assorted crowd: aged people who saw the raise of Zitarrosa’s popular stardom, men and women on their forties who on their teens, secretly listened to his music when he was a prohibited artist, youngsters who were not still born when Zitarrosa passed away.

The show was not a mere recreation of Zitarrosa’s works by a miscellaneous group of musicians. Singer songwriter Fernando Cabrera was the event musical director. He envisioned a very ambitious spectacle where Zitarrosa’s music was honored in many different ways. Zitarrosa’s classical guitar quartet was present, but also his music was played by an electric guitar and bass quartet, by experimental slide guitar, electronic keyboards or string orchestra. The singers paid tribute to one of Uruguay’s most original performers being at their turn highly innovative, not trying to copy (an impossible task) his style. It was a show full of highlights, a historic and moving tribute, with great moments for every taste. The span of Zitarrosa great oeuvre was shown in distinct approaches. There was room for his classic milongas “Milonga de ojos dorados” (sung by Serrat), or “Milonga para una niña”(performed by Malena Muyala); the anti authoritarian anthem “Adagio de mi País” (Christian Cary and Cristina Fernandez); his take on candombe with “Doña Soledad” (Sebastián Teysera); the brokenhearted songs “Stefanie” (Jorge Drexler), “Si te vas” and “Zamba por vos” (Emiliano Bancciari) and one of his most astounding works: the opus “Guitarra Negra” a recited work with a musical accompaniment comprised by a guitar quartet, string orchestra and choir.

Zitarrosa 80 was a touching, risky and unforgettable show, an extraordinary combination between innovation and tradition.
Just like Alfredo Zitarrosa’s work was. 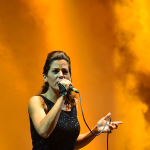 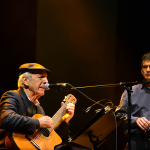 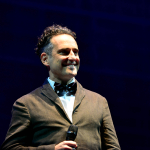 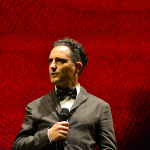 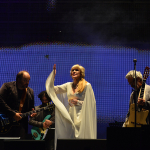 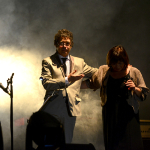 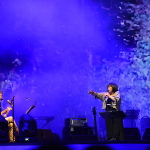 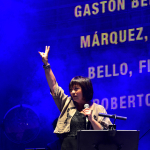 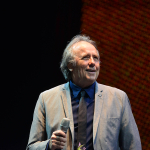 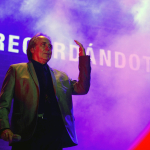 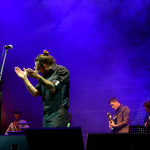 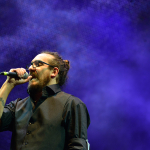 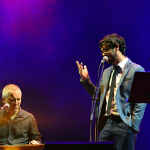 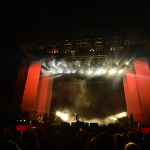 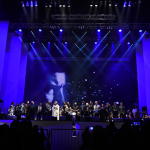 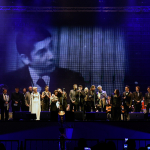