Uruguay is on a mission to strengthen its audiovisual industries and to make the country an attractive destination for international productions. In our interview with film maker Pepi Goncalvez we already heard about the reasons for choosing Uruguay as place to live and work.

Curious about the government’s perspective on the topic, during our Uruguay visit we also caught up with Martín Papich, Director of the Uruguayan Film and Audiovisual Institute (ICAU).

Martín, attracting talent has become a key priority for many cities and countries, including for strengthening their competitiveness in the creative industries area. How does Uruguay approach this task?

Uruguay Audiovisual plays a strong role in attractign talent to the country, and can be considered a quantitative leap in the promotion of the audiovisual sector.

The first is aimed at promoting the arrival of international productions with expenses incurred in Uruguay for an amount equal to or greater than one million US dollars, through a return mechanism of eligible expenses of up to 25 per cent and with a maximum return limit for production of up to 400k US dollars.

The other planned mechanism focuses on promoting the production phase, with some component in the development phase. It will be implemented through the granting of non-reimbursable support to national projects. These will be equivalent to a percentage of the expenses incurred in certain eligible items in national productions of a certain size. This channel will be implemented within the framework of an annexed line of the Film and Audiovisual Development Fund managed by ICAU.

How important do you consider a strong audiovisual and film industry for the brand and reputation of Uruguay – and vice versa, how important is a strong country brand for your work?

Uruguay Audiovisual functions as a sectorial brand of Uruguay Natural, the country brand, which links it to the attributes associated with the country as a whole, such as respect for our natural environments, development without forgetting our identity and values, stability and security, respect and cooperation.

In Uruguay we tend to balance dedication and effort with enjoyment and a unique spirit of harmony. The Audiovisual Industry shares these values.

National policies strongly support the sector as an economic and productive activity with a high degree of technical and artistic specialization. It is for all this that Uruguay Audiovisual is strongly linked to – and integrated in – our country brand.

It is a relatively new sub-brand (created in 2016) but has already gained exposure in international markets, such as Marché du Film, Cannes Lions, Focus and Ventana Sur, among others.

Uruguay Audiovisual is also present in each national audiovisual content that is produced. We are constantly working on visibility actions that allow the recognition of our country as an open space for international productions.

On the other hand, we promote our national talent and the quality of the content and production services that are developed in Uruguay.

Which are the main challenges you are facing?

To give visibility to our productions

Why should international creative industry start-ups, directors or producers consider Uruguay as location to work and invest in?

Cash rebate up to 25 per cent for foreign productions over 1 million US dollar (max. amount US$ 400k)

No VAT for foreign production (saving 22 per cent)

The safest and most transparent country in Latin America

Diversity of locations, within walking distance

Seasons that are opposite to the Northern Hemisphere

Which audiovisual programs or film productions would you like to share with us as success stories “made in Uruguay”?

Uruguay is the home of innumerable audiovisual productions. To the constant flow of advertising pieces that come to our country every year (many of them winners in Cannes Lions), we must add the production of films that have been shot in Uruguay, such as Blindness, The Informers, Miami Vice.

the two seasons of The Hypnotist for HBO Latin America

The Sharks of Lucía Garibaldi (an independent film, supported by the public funds of our country that was premiered at Sundance in January and which won the prize for the best direction)

the recent premiere of It starts with wine, a documentary series that is already available on Amazon Prime with the first chapter entirely shot in the east of Uruguay

In addition, the success of films with minority participation of our country, such as Las Herederas that won several prizes at the Berlinale last year. 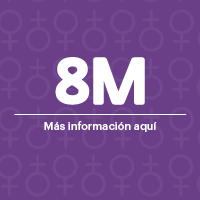