The place where it all started.

Matos, a student from the faculty of Architecture, composed the melody as a march, for the carnival troupe organized by the Uruguayan Students Federation. The title was a play with the word troupe -“comparsa”- in Spanish. The young student let the score to Firpo, who arranged the march as a tango.

Hundred years later “La Cumparsita” is a synonym of tango. The melody is recognized all along the globe and is universally used when a reference to tango is needed.

As always happens in the art realm, the incredible popularity and validity of this composition born in Uruguay doesn’t have a unique explanation. The simplicity and the catchiness of the tune, or the tune openness to receive different arrangements and new interpretations, could be part of the explanation.

The centenary of the most well known tango in the world will be celebrated in Uruguay in different ways during 2017. Accompanying these celebrations a new place that commemorates the oeuvre and its composer has recently opened, receiving the Country Brand seal.

The Tango Museum La Cumparsita opened its doors in December at the historic landmark where the tune was premiered.

La Giralda bar was placed where the also historic and emblematic Palacio Salvo was later erected in 1928. The exact place where that orchestra played what would later be the Tango of all Tangos, was lost in time and memory. But, with blueprints and different researches, that historic place could be recovered. The museum is placed there.

To accede the place you have to enter at the Palacio Salvo (Pza. Independencia 846) and head to a mysterious little door at the end of a corridor. Crossing that door that remembers a speak-easy, a statue of Matos Rodriguez sit at a bar table, a phonograph in excellent working conditions, a landmark that remembers the exact place of the orchestra and a vast variety of memorabilia receive the visitors. The photos and documents were donated by the Agadu museum and by Matos Rodriguez’s grandnephew Rosario Infantozzi.

“It is not a traditional museum” –says director Mónica Kaphammel- “visitors will get information about tango in a very entertaining way”.

The museum is opened every day during the summer, from 9.30 to 16.30. The guided tours last 20 to 30 minutes, and can be combined with tours to the Palacio Salvo.

Kaphammel also says that from February 9, there will be thematic night dinners with tango dancers and a special “radio soap opera” where in a fictionalized dialog, Matos Rodriguez tells the origins of La Cumparsita. 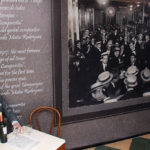 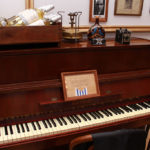 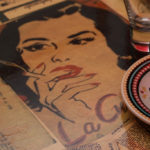 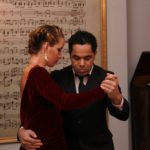 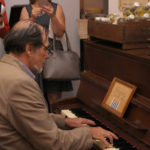