On January 1, 2021, Uruguayan ballerina María Riccetto officially became the new director of her national ballet company, Ballet Nacional de Sodre. Seldom has the selection of a new leader felt so apt. Riccetto’s career has been a model of hard work, perseverance and attention to craft, rewarded by recognition and responsibility.

Many ballet lovers in New York City remember Riccetto with great fondness. The former American Ballet Theatre soloist, born and raised in Uruguay, had a very particular quality: the ability to transmit a combination of affability and joy, in roles like the young girl in Le Spectre de la Rose, or Twyla Tharp’s Known by Heart, or even as a flower girl in Don Quixote. When she danced, you felt you knew her.

In 2012 she returned to Montevideo, her native city, at the invitation of Julio Bocca, who had just taken the reins at BNS. It was one of the most significant decisions of her career. She became the troupe’s leading ballerina, performing every important role in the repertory. In 2017, she was awarded a Benois de la Danse for her performance of Tatiana in John Cranko’s Onegin.

Along the way, she became a household name in Uruguay, as universally recognized as the country’s soccer champions. Since last year, she has been a fixture on the Uruguayan version of the TV show America’s Got Talent. There is even a line of perfumes named after her. “Floral, with a hint of jasmine,” she told me.

So it makes perfect sense that, after retiring from the stage at the end of 2019 at age 39, she would be tapped for the company’s top job. When I caught up with her in early February, via Zoom, she spoke from her new office, with a photograph taken during one of her performances of Giselle behind her. What follows is an edited version of our conversation, translated from Spanish.

Congratulations on your new position. Not only are you the new director of the national ballet company, but over the last decade you’ve really become a national figure. How does that feel?

[Laughs.] Well, don’t forget we’re a little country! It’s nice to have such a warm relationship with your audience and with the people around you. Usually, it’s only our soccer players who get that kind of recognition.

What is the COVID situation like in Uruguay at the moment?

Things have been managed quite well here. We had a small spike in January, but nothing like Argentina or Brazil. Uruguayans are generally very respectful and responsible. People wear masks, and the vaccines are on the way. Last year, the theaters had to shut down for several months. We opened A Streetcar Named Desire on March 12, and the next day everything closed. Then we had a season starting in August, during which the company premiered a ballet by Marina Sánchez based on the novel La Tregua, by Uruguayan writer Mario Benedetti. Then there was another shutdown at the end of the year. Our next season will open with Streetcar on March 18, and all indications are that it will go ahead. There are strict protocols in place, and theaters will only sell 30 percent of tickets. 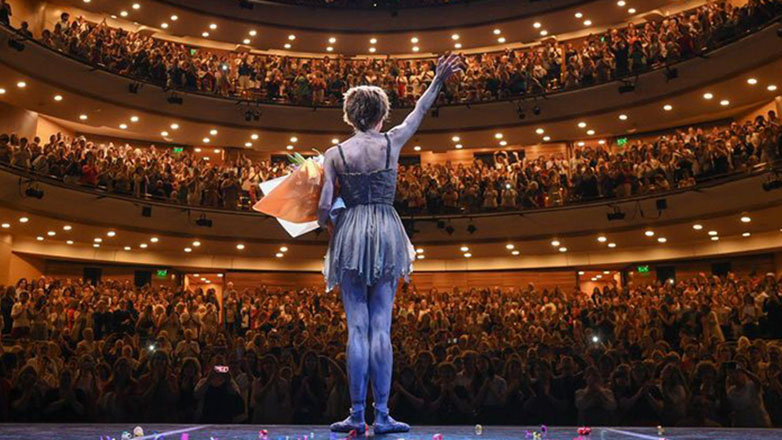 Do you miss dancing?

Not at all! I think it’s because I don’t have any regrets. If I were still yearning for a role I never got to dance, or a choreographer I never got to work with, it would be different. But I felt that it was the right time to retire, while I was still dancing at a high level. It’s how I always imagined it. And it was the right age: 39, halfway through life.

So many dancers have had to forgo their farewell performances because of COVID, but your timing was perfect: Your last performance, of Manon, was on December 28, 2019. What was it like?

I’m so grateful for that memory: of the theater bursting with people, and dancing a work like Manon, which had never been done in Uruguay. I just wanted to enjoy that moment, the feeling of sharing everything with my colleagues and with the audience. The energy was incredible. I’ve thought often of all the dancers who weren’t able to have their farewell onstage.

What are your plans for the company?

I’ve been thinking hard about what ballets I want to bring. These are hard times economically. We have to think about doing local productions, and productions we already have in house. Beyond that, every new director has similar plans: to expand the repertoire, tour, build on the existing base. I’d like to bring more Balanchine. And I’ve reached out to Luis Ortigoza, the new director of Chile’s Ballet de Santiago, about doing co-productions. And I’d like to give the dancers the opportunity to create new works. I’ve been talking to Gemma Bond and Benjamin Millepied. I think it’s good for a director to take risks, but I also have to keep in mind that this is a state-run company, and that my salary and the salary of the dancers are paid for by the whole country.

Are there Uruguayan choreographers you’re excited about?

We’ve been working a lot with Marina Sánchez, who I’ve known since we studied together at the national dance school. She was a soloist at the company before starting to choreograph, and now she’s the company’s deputy director. La Tregua was her fourth ballet for the company. And I’d like to do a choreographic workshop. We were supposed to do it last year, but it had to be called off because of the pandemic. It’s so important to allow the dancers to try things, to see if this is a path they might want to take later on in their careers. 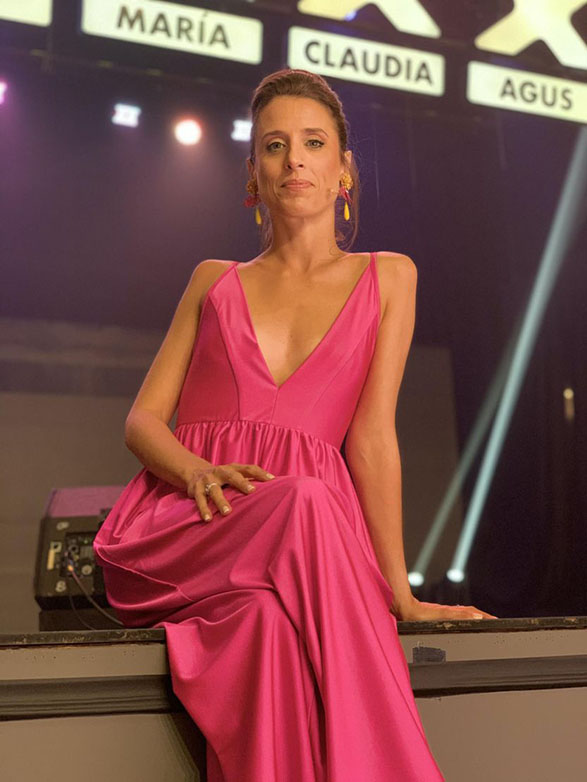 Riccetto on the set of Got Talent Uruguay

You were a judge on the TV show Got Talent Uruguay. What was that like?

Yes! It made me feel useful in a different realm besides ballet. I’ve always wanted to be open to other worlds outside of my own, and to learn new things besides dance. And there was such a great energy on the show. Lots of people involved. It was nice to be part of that. I had a lot of fun.

I see there’s a new biography about you, by Lucía Chilibroste, entitled El Equilibrio de Bailar (The Balance of Dancing).

It came out at the end of last year, with a very good publisher here, Aguaclara. Lucía is a history professor and dance lover who approached me about six years ago. She did a lot of research, and even went to New York to interview Kevin McKenzie, Irina Kolpakova and several of my former colleagues. She tells the story very well, and I was really moved when I read it, because when you’re living through experiences, you don’t really realize everything you’ve gone through. You don’t see it until you read it all in one sitting.

What has it meant to you to return to Uruguay, to your own country, and have the career you’ve had there?

It means everything. When I left I thought I would never return here as a dancer. I imagined finishing my career in the U.S. and then coming back here afterwards, to a house near the ocean. But to have had the opportunity to come home and dance, and to have had that connection with the people here, and to be close to my family and friends, that was so important to me. I’m very grateful for that.

Written by Marina Harss for Pointe