The night sky: Best places to stargaze in Uruguay

If you’re from the northern hemisphere, the brilliance of the Milky Way in the night sky in Uruguay takes your breath away. But where are the best stargazing places near you?

The best spots in Uruguay to observe the Milky Way were surveyed by NASA-recognised photographer Fefo Bouvier for his digital work Mirá las estrellas (“Look at the stars”).

Fefo is a professional photographer and amateur astronomer, based in Colonia del Sacramento. Two of his images have been chosen as NASA’s Astronomy Picture of the Day (on September 19, 2013 and February 20, 2018 if you want to check them out).

One of the most exciting things about being at the beach in Uruguay is the lack of light pollution. Many beachtowns deliberately resist regular street lighting to protect the night skies, as Cabo Polonio for example. However if you think the stars at the beach are amazing, you’ll be in for a surprise. 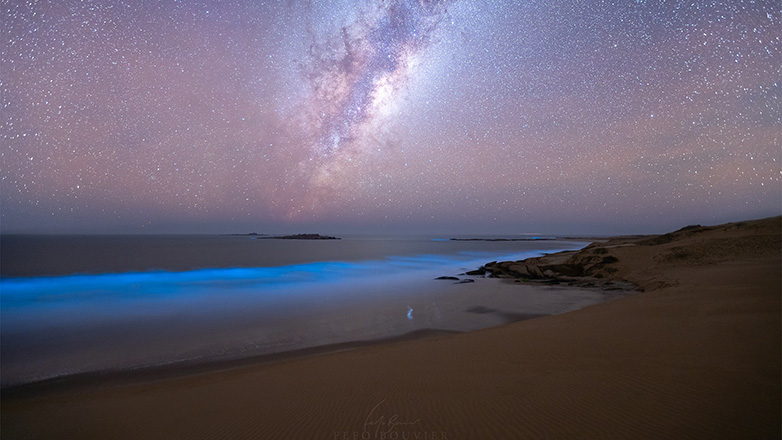 Fefo is traveling Uruguay in search of the best locations for his photography and says the best places are in the interior. So far, he has visited and recommends:

For this project, Fefo is looking for locations that meet specific criteria. In particular, the predominance of the natural landscape, the ease of access to the site and the safety of spending the night there. In particular, those sites that deserve attention for their cultural, archaeological or heritage value are prioritised. But above all, it must be places away from the city lights. In each of these, the sky quality is appropriate for stargazing (reaching levels equal to or less than 4 on the Bortle scale). 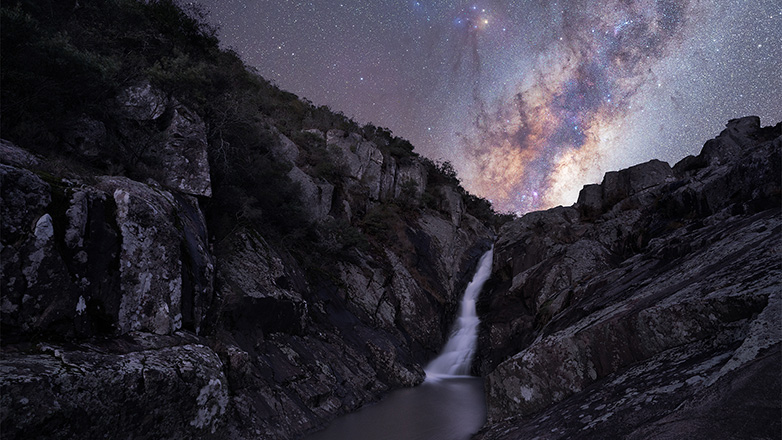 Unfortunately some of the best areas for stargazing are on private land in central and north Uruguay. Fefo says that, except for Montevideo, all the country’s departments have good skies outside the cities. However, if you are looking for real dark skies, go to Salto, Tacuarembó or Paysandú.

What can be observed in the night sky in Uruguay?

What a skywatcher coming from the northern hemisphere will want to find as soon as he arrives in the south is probably the Magellanic clouds. These dwarf galaxies are located close to the south celestial pole. They are visible to the unaided eye in the Southern Hemisphere, but they cannot be observed from most northern latitudes. There is also the galactic centre — the brightest part of the Milky Way —, visible to the naked eye as a large luminous band across the sky. The advantage of observing it from the south is that when it is high in the sky, in winter, there are more hours of darkness. Also, the cold makes the atmosphere pristine. 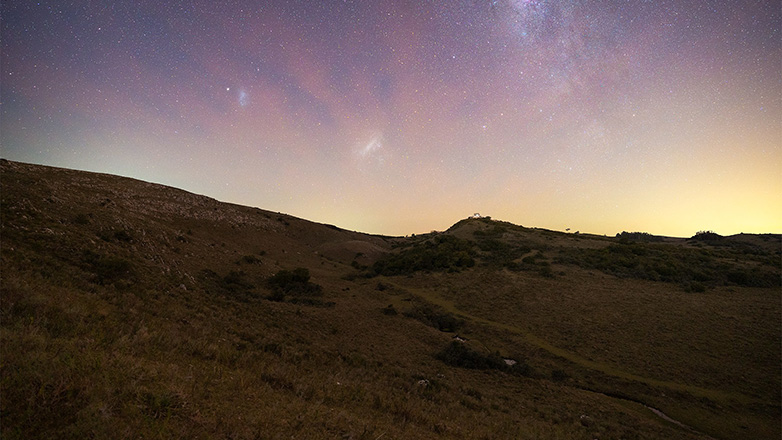 When are the best times for stargazing in Uruguay

Stars and matter are most clearly visible just before/after a new moon and two hours after sundown or before sunsire.

Source: The Guru of Guru’Guay