The world’s best vineyards for 2020 revealed

The comforting glug of wine into glass has been one of the few pleasures left to us during the long months of lockdown, but how much better to enjoy it on a sunlit winery terrace.

The World’s Best Vineyards awards, created to honor the finest in modern wine tourism, was meant to be held this year in the lush surrounds of California’s Sonoma County wine region, but — 2020 being 2020 — the winners this year were revealed online.
There was one constant in these topsy-turvy times however; South America remains the best destination for a vineyard vacation (once we’re all traveling again).
Winner at the inaugural 2019 awards and now again in 2020, Zuccardi Valle de Uco is an Argentinian winery in the heart of the Uco Valley, at the foot of the Andes mountains. A family-run business founded in 1963, it delivers what the Best Vineyard Awards calls “precision-made high-altitude wines” out of a stunning modernist bodega.

Uruguay’s Bodega Garzón, once again in second place, was praised as a leader in sustainability. It offers a top-class program of tastings and events, and its 120-seat restaurant offers Uruguayan cuisine and panoramic views of the surrounding countryside. 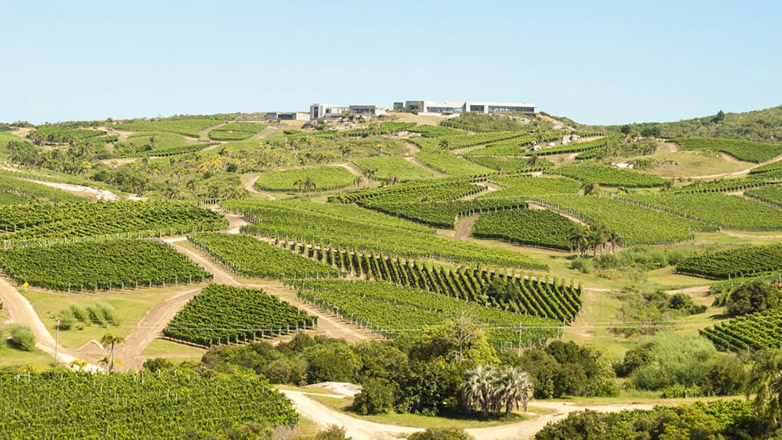 In the coastal province of Maldonado, Uruguay’s Bodega Garzón was praised by the awards as a leader in sustainability.

No checklist, no criteria

The awards are based on nominations from a Voting Academy made up of more than 500 wine experts across the globe. To ensure the Academy is representative, the world is divided into 18 geographical regions, with 36 experts in each.
“There is no predetermined checklist or criteria,” said awards founder Andrew Reed as he introduced the live-streamed event. “The experience will take in all sorts of things connected with the visit. The tour, the tasting, the ambiance, the architecture, the wine, the food, the staff, the view… The list goes on.”
There were five South America winners in the top 20, with Chile’s Montes and Viña Vik at 4 and 10 respectively, and Argentina’s Catena Zapata, with its pyramid-like design inspired by Mayan architecture, dropping this year to No. 11. 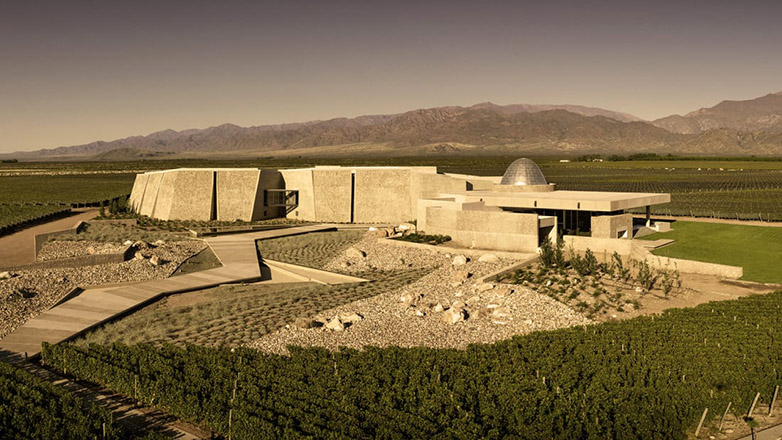 At the foot of the Andes mountains, Zuccardi Valle de Uco offers winery tours and tastings and an excellent seasonal menu at the Piedra Infinita Cocina restaurant.

Europe’s best vineyard — shooting up 16 positions to third place — is not to be found in the traditional wine regions of France or Italy, but in an Austrian valley formed by the Danube River. Domäne Wachau, with its baroque castle and UNESCO World Heritage site surroundings, also wows with its Grüner Veltliner white wines.
Better year for Europe
The highest-placed French vineyard was Château Smith Haut Lafitte, near Bordeaux, at No. 7, which climbed seven places this year. Château Pichon Baron, also in Bordeaux, broke into the top 20 at No. 19.
Italy’s best vineyard was Antinori nel Chianti Classico in Tuscany, up nine places to No. 9. Its new cellar, opened in 2012, is a glorious brick-red structure of terracotta and wood and is, explained the World’s Best Vineyards voiceover, “designed for gravity-flow winemaking.” With no use of pumps or mechanics, it’s a gentler approach to an ancient craft. 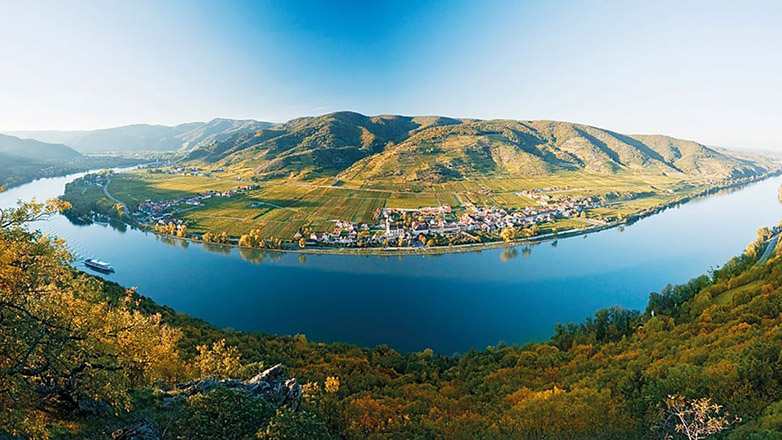 In a valley formed by the Danube River, Domäne Wachau was named Best Vineyard in Europe.

Spain’s Marques de Riscal winery (up three places to No. 6), with its eye-popping design by legendary architect Frank Gehry, is typical of the new breed of vineyard where top-class architecture is on the menu alongside the traditional varietals and gourmet food offerings. 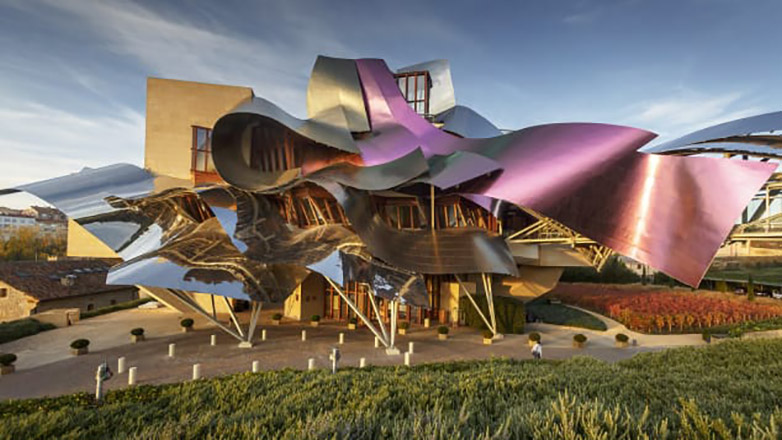 You can stay in this Gehry hotel at Spain’s Marques de Riscal winery.

New Zealand’s Rippon, a biodynamic vineyard on the shores of Lake Wanaka, dropped five places to No. 13, but was still named Best Vineyard in Australasia.
North America’s highest entry was Robert Mondavi Winery in Napa Valley, which climbed seven places to No. 5. It produces world-class Cabernet Sauvignon Reserve and Oakville District Cabernet Sauvignon.

The highest climber, however, was Delaire Graff Estate, in South Africa’s Cape Winelands. Leaping 25 places up the list, and boasting “unparalleled views of the Banhoek Valley, Stellenbosch vineyards and Table Mountain,” it landed in 14th place and was named Best in Africa.
Japan’s Château Mercian Mariko Winery, which only opened in September 2019, made a very impressive debut at No. 30, and was named Best in Asia.
Lebanon’s emerging wine scene was represented by Château Oumsiyat (No. 38) and Chateau Heritage (No.48) and there were new entries from India (KRSMA Estates, No. 46) and Bulgaria (Wine Cellar Villa Melnik, No. 39).

The return of wine tourism

“There is no single definition for an amazing vineyard experience in the same way as there is no single definition for an amazing wine,” said Reed as he introduced the live-streamed event.
“As the world begins to emerge from lockdown, people will start close to home to begin with, and eventually they will become more bold, and they will venture further away from home to find the food and drink which they want.
“There will of course be differences around the world, but I am sure we will get through this very soon.”