Why Garzón, Uruguay Is the World’s Best Under-the-Radar Foodie Destination

On a Monday evening, standing on a dirt road in a tiny Uruguayan town, I found myself sipping a grapefruit Negroni and mingling with a group of journalists and wine industry professionals. Some fires blazed nearby, sending wafts of smoke up into the air as a scraggly dog sat near my feet and waiters passed around empanadas and smashed potato blinis with crème fraiche and caviar. The stroll up that dirt road included a couple of modest homes and a small inn; we saw a horse grazing under a tree town’s abandoned train station, which was eerily beautiful in the afternoon light.

With a population of just 200 and no working train station, Garzón certainly isn’t the kind of place you’d expect to find a restaurant launched by one of the world’s most famous chefs. Yet, there I was, about to have dinner with Francis Mallmann of Chef’s Table fame at Restaurante Garzón. 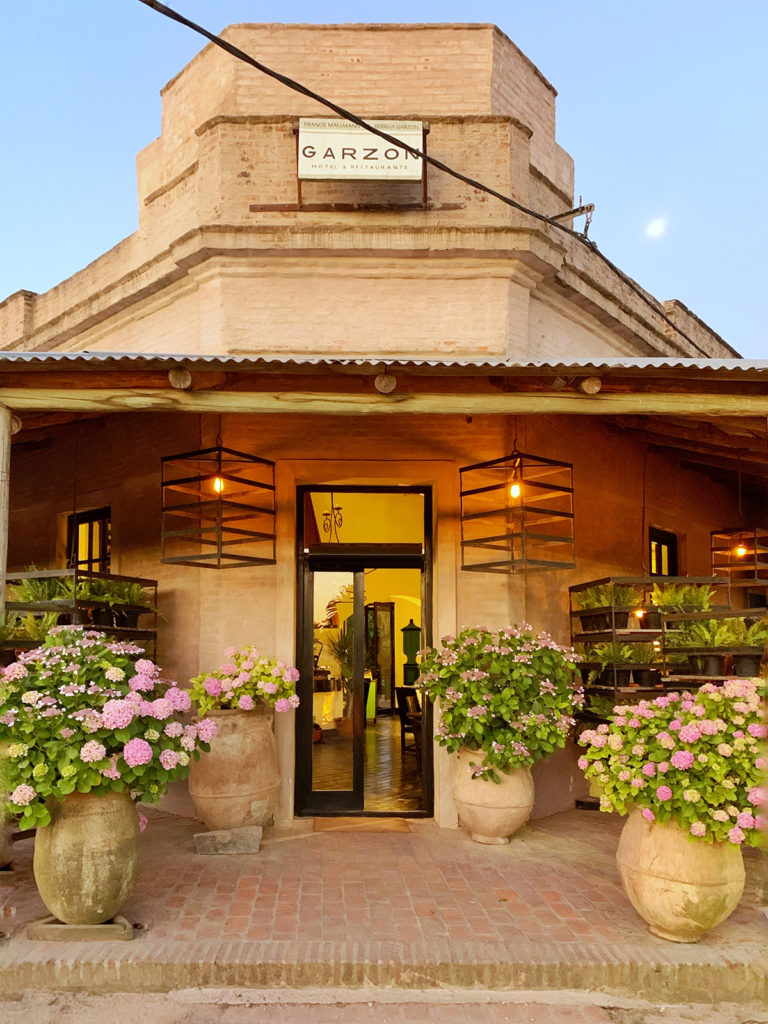 “It was remote, it had nice bones, nice history, architecture, incredible trees, so I thought those were all good things,” Mallmann said, reflecting on why he decided to set up shop in this town. “It’s like a home for me, you know, and at home you’re just comfortable and do things that feel good.”

Mallmann, who designed the restaurant himself, certainly made it feel homey, keeping with his image as an aesthete who likes to bring beauty to the world’s most remote locations. Inside the former general store, I was enveloped in a warmth both singular and common to the cozy of European restaurants. The dining room is filled with heavy, antique furniture, flowers, and candles. A tall glass window looks onto the white subway tiled kitchen, where copper pots hang above a pair of wood-burning stoves. Outside in the small courtyard, a large wooden table was set for us under a trellis hung with vines and camping lanterns. The setting could hardly be more magical or more of a contrast to José Ignacio, the boho-chic beach town thirty minutes away, where Mallmann opened a restaurant in 1977. 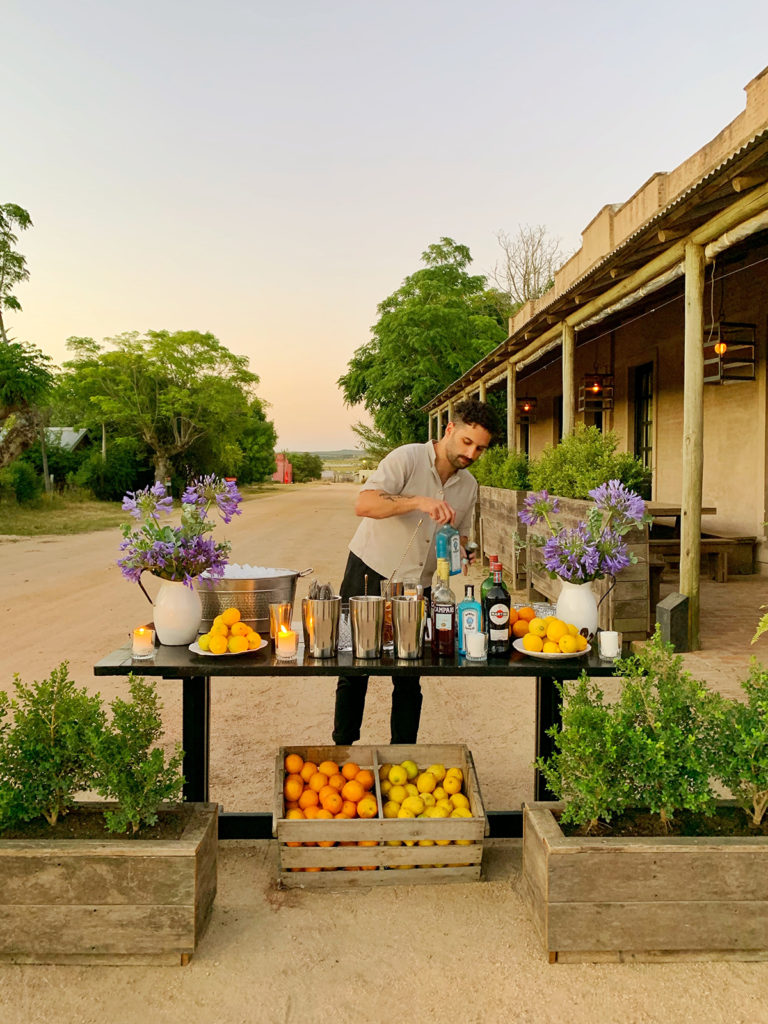 As Mallmann tells it, “I thought José Ignacio was getting very overcrowded and I wanted a bit more of a remote place, so I moved here after thirty years of being there.” When he first arrived in Garzón, it was full of abandoned buildings, tumbleweeds, and stray dogs, but he wasn’t the only one to see the town’s potential. Around the same time—in the early 2000s—Argentine businessman Alejandro Bulgheroni began planting the vines that now produce the grapes used by his award-winning winery, Bodega Garzón.

Bulgheroni, who made his fortune in energy, had originally planned to put windmills on the land, but his wife preferred to have a more bucolic view, so he brought Tuscan winemaker Alberto Antonini to Garzón to see if the area had the right conditions to grow grapes—and it did. He began planting olive trees in 2002 and grapes in 2008. Of the 1,500 hectares that he purchased, 220 hectares have been planted with vines, the majority of which produce Tannat and Albariño. He hired Argentinean architect Carlos Hartmann to build a state-of-the-art winery—the first winery outside of the U.S. to achieve LEED certification for sustainability. When he decided to build an on-site restaurant where visitors could enjoy a nice meal while sipping the wines, he chose Mallmann to create the menu. Now foodies and oenophiles are taking note. Fans of Mallmann’s unique style travel from all over the world to eat at Restaurante Garzón. 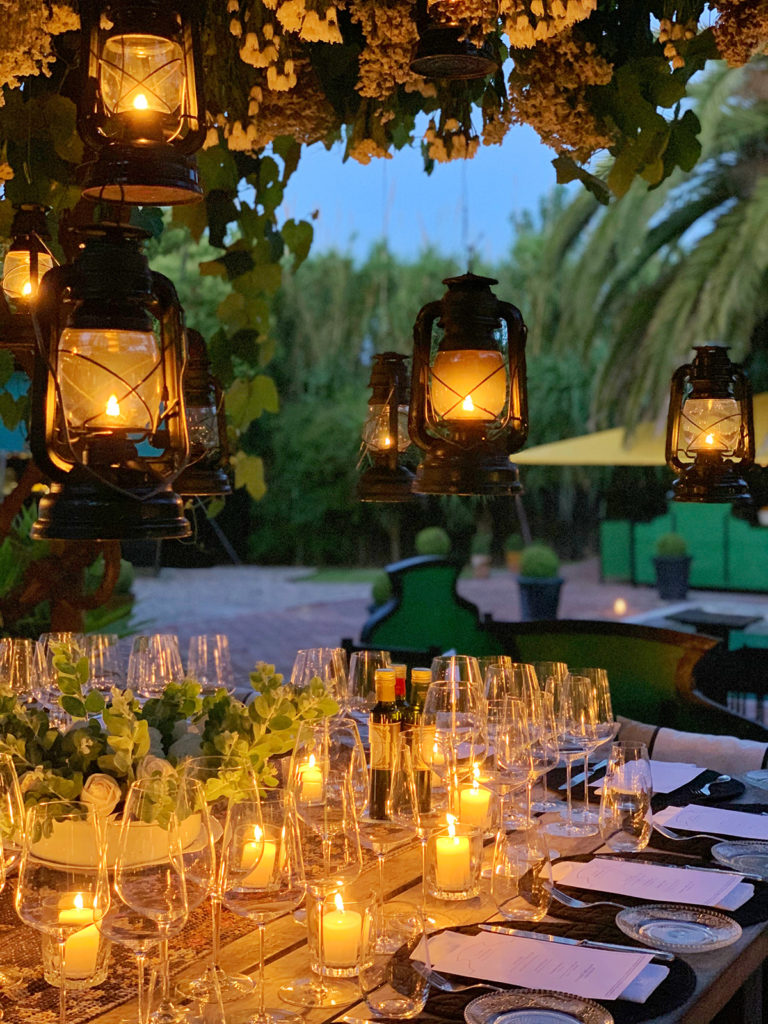 During my trip, I attended a lunch in the vines organized by Mesabrava, which puts on gastronomic pop-up events with talented chefs, like Jorge Muñoz of Lima’s renowned Astrid y Gastón. Bodega Garzón’s crisp Pinot Noir rosé and fruity Albariño paired perfectly with dishes like seabass tiradito, mussels escabeche, and watermelon salad.

For foodies looking for the next great under-the-radar destination, Garzón should be at the top of the list, and now is the time to go. Back at Restaurante Garzón, after the vanilla ice cream with charred pineapple had been served, I asked Mallmann if he feared Garzón might become overdeveloped like José Ignacio. He replied, “I’m sure it will. I’ll be gone by then.”