The history of our Brand

Uruguay Natural Brand was created in 2001 under Jorge Battle’s government. At this point, it was mainly used by the Ministry of Tourism as a tourism brand and was not made known to the rest of the state as a country brand due to the economic downturn at the time.

As of 2007, under Tabaré Vázquez’s government, work began to be carried out in order to develop the brand through the UN “Delivering as One” program that chose Uruguay as the only middle-income country to participate in the program “Building capacities for development” and thus enhance Uruguay’s positioning in the world. Following this process, in 2011 an “Audit of Uruguay’s image” was conducted by public relations firm Burson Marsteller under the Foreign Trade Management Support Program of the Inter-American Development Bank (IDB).

From these consultancy sessions emerged the first input, tools and recommendations for working with the country brand.

In 2012, brand management guidelines were defined by the Inter-Ministerial Commission of Foreign Trade Affairs (CIACEX) and the country brand workgroup was created and began to function with a group of consultants financed by the IDB. It was a project led by the National Director for Tourism and CIACEX delegate Benjamín Liberoff and managed by Uruguay XXI.

In 2013, applying the recommendations of the consulting firm of not changing the brand but adding content thereto, the brand concept was reformulated. In 2014, as a result of a new consulting session that examined the brand management formats in different countries, Uruguay XXI was designated to manage the country brand independently and allocated an operating budget. 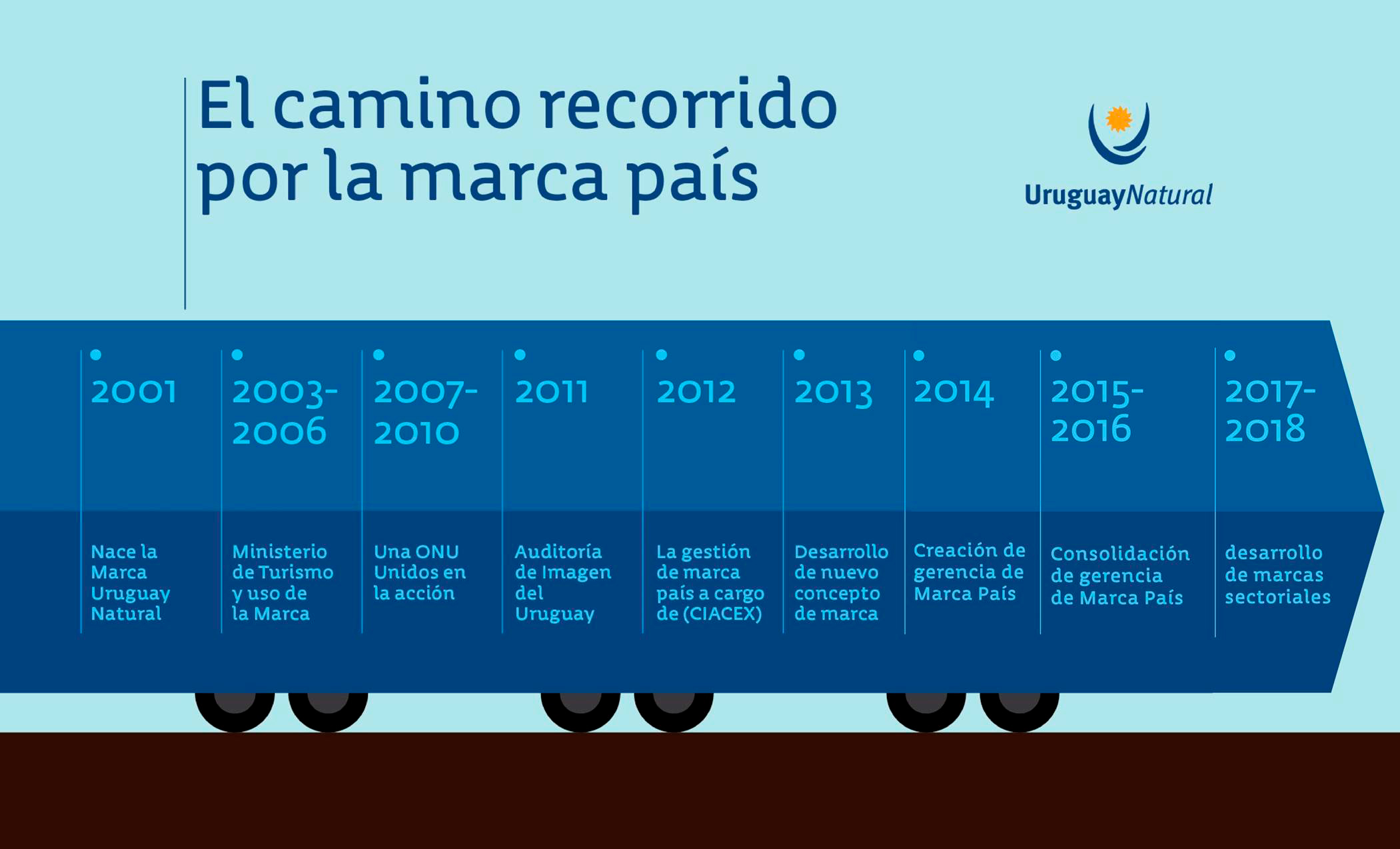