Uruguay, a great country to retire in South America

According to International Living magazine, Uruguay is ranked as one of the best destination to retire in South America as Ecuador, Colombia and Perú.

South America fits the bill for many expats when it comes to looking for the perfect retirement haven. In many countries in the region, you’ll enjoy a relaxed lifestyle, established expat communities, friendly, welcoming natives, good healthcare, and an ideal climate.

Uruguay was a well-kept secret for a long time—at least with respect to North Americans—but it looks like the secret is out. The small South American country is sure to enchant you with its cordiality, sociability, and courtesy. The atmosphere is warm, relaxed, and hospitable…you’re sure to feel at ease from the moment you arrive.

Uruguay will appeal to people who are ready to retire, invest, or buy a second home abroad but who are also looking for a country with similar cultural values to their home country. A place with good infrastructure and reasonable prices, but without the culture shock they might experience in a Third-World venue.

Uruguay truly has a lifestyle and a region for everyone. Whether you want to live downtown in a world capital, in the heart of an old colonial city, in one of the world’s famous beach resorts, or on a sprawling ranch of 1,000 acres in the heartland, you can be sure that Uruguay has a place for you.

How much does it cost to live in Uruguay? It depends on a number of factors, such as where you live, your lifestyle, and the performance of the dollar. But to give you an idea, a couple renting a one-bedroom apartment in the Pocitos area of Montevideo can expect to pay $3,034 a month. 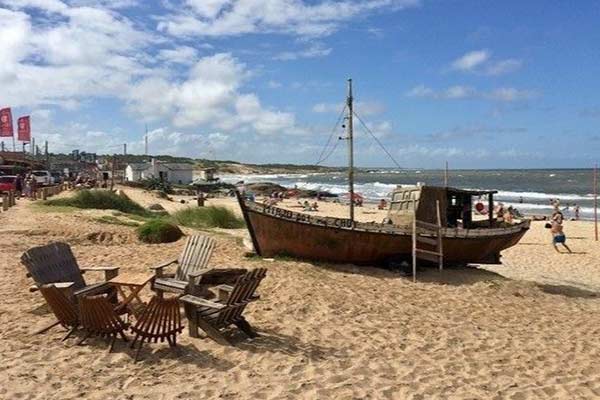 The department of Rocha is where you come to find Uruguay’s last, vast stretches of undeveloped beaches. The ocean here is clear and blue, the sand white, and the beach relatively deserted. Between José Ignacio and Brazil—with a few notable exceptions—you’ll find little development. But the area feels much more remote than it really is; the highway is not far away, and you’re still within three hours of the international airport in Montevideo.

True beachfront land is rare in Uruguay, and there are few places where you can build adjacent to the water. But in Rocha, you’ll find more land like this than anywhere else. 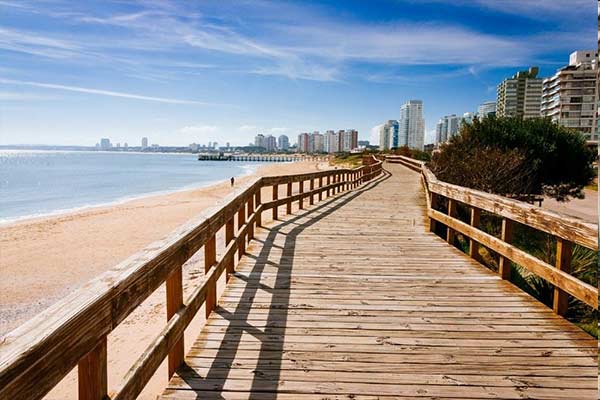 Punta del Este has a year-round population of approximately 20,000 that jumps to hundreds of thousands during the summer high season (Christmas through February). Most of the summer vacationers are from Argentina, Brazil, Paraguay, and Chile. There is also a regular contingent from Europe and North America who escape the Northern Hemisphere winter to enjoy summertime in Punta del Este. 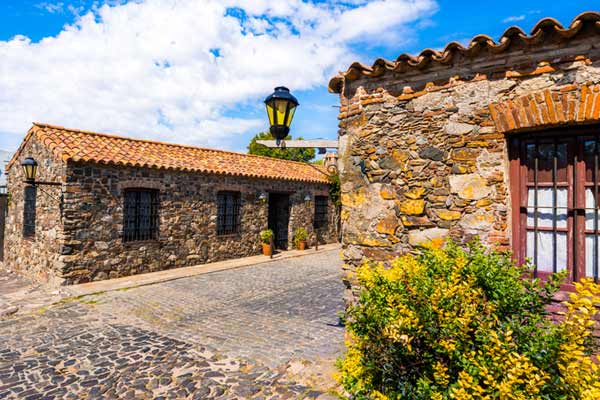 Colonia del Sacramento is the oldest European settlement in Uruguay. It has a population of 26,000, and is the capital of Uruguay’s Department of Colonia. It was founded as a Portuguese port in 1680 by Manuel Lobo. The original port settlement of Colonia is located at the end of the San Gabriel Peninsula.

The original port community of Colonia del Sacramento is now a historic district known as Barrío Histórico. This is a six by eight block area and was designated as a UNESCO World Heritage Site in 1995.

Unlike much of coastal Uruguay, which is quiet in winter, Colonia del Sacramento is “open all year.” There’s a summer high season between December and March, but even in July you’ll find the nicer hotels booked solid on the weekends, especially with Argentines who find Colonia an easy and safe weekend getaway. 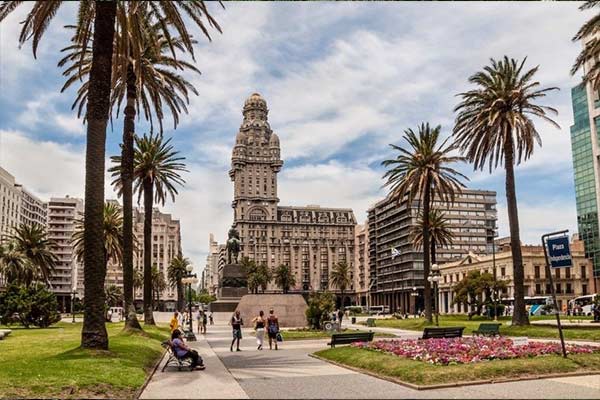 Montevideo is a coastal city on the Rio de la Plata. It’s Uruguay’s capital city with a population of 1.4 million (almost half of Uruguay’s population), and is the country’s main commercial and cultural center.

Along the Montevideo waterfront is the rambla, the road and wide sidewalk that run along the city’s coastline. The city has many large parks, plazas, tree-lined streets, sandy beaches, and wide avenues. The city also has pedestrian streets, unique neighborhood shops, restaurants, and cafes.