There’s a national proverb that sums up the democratic spirit of Uruguay: “Where nobody is better than anybody else”.

When I was moving back to Australia from South America in 2013, this small liberal country introduced same-sex marriage, tackled complex issues like the legalisation of marijuana and then rounded out the year by celebrating the Christmas holiday as “Family Day” (as they have since the beginning of the 20th century).

There is a way of attending to the population’s needs that places the country ahead of the region on many indicators, from democratic practices to health outcomes.

Now in 2020, I’m back in Buenos Aires and again admiring Uruguay across the Rio de la Plata.

The nation has a rolling number of just over 3,000 confirmed cases, 59 total recorded deaths (1.7 deaths per 100,000 population) and, together with Cuba, the lowest mortality rate in Latin America (1.9 per cent case fatality). 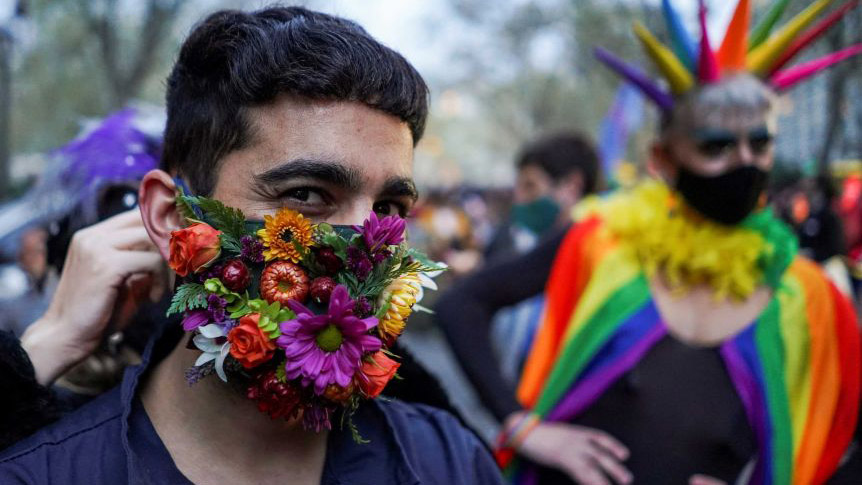 There’s a national proverb that sums up the democratic spirit of Uruguay: “Where nobody is better than anybody else”.(Reuters: Mariana Greif)

How Uruguay became the envy of its neighbours

In the larger neighbouring country of Brazil, mortality is significantly higher at 76.3 deaths per 100,000 population. In total, 160,000 people have lost their lives to COVID-19, most of them poor city dwellers living in favelas without adequate access to sanitation or healthcare.

President Bolsonaro has been criticised for his handling of the pandemic, accused of misrepresenting health data and disregarding public health advice.

Across Uruguay’s western border in Argentina, governments acted swiftly and in unison to introduce strict lockdown measures in late March which, until July, 2020, significantly contributed to containing the early spread of COVID-19.

In June, Argentina was lauded as having one of the “best global responses” by some commentators. Since then, lockdown fatigue has set in, working relationships among leaders have deteriorated, and socio-economic pressures have led to the relaxation of many restrictions.

Compared to the region, what has contributed to better outcomes in Uruguay so far?

First, Uruguay was in pole position pre-pandemic. This could be seen, for example, in lower rates of inequality, poverty and employment informality compared to other parts of Latin America.

It has a smaller population and lower population density in cities. Social protection mechanisms, like unemployment benefits and universal healthcare, safeguarded many of the vulnerable from illness and destitution before the novel coronavirus of 2020. 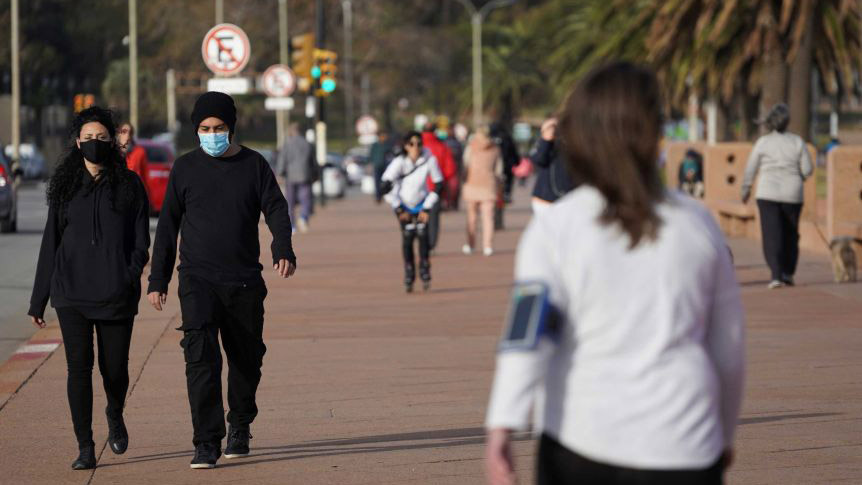 The entire population has access to safe drinking water and, while informal settlements exist, the percentage of the population living in precarious conditions is lower than in most parts of the region (about 5 per cent).

The healthcare system stands out as well. Uruguay invests significantly in health (9.2 per cent of GDP in 2017, similar to Australia’s spend at 9.6 per cent) and boasts one of the highest quality healthcare systems in Latin America, with more than five practising doctors per 1,000 population (the OECD average is 3.5), above average immunisation rates, active epidemiological surveillance, and 20 ICU beds per 100,000 population (again, more than the OECD average of 12).

Some of the countries worst hit by the pandemic — like Peru with the world’s highest mortality rate (107 deaths per 100,000 general population) or Mexico with the world’s second highest observed case-fatality rate (10 per cent of every 100 confirmed cases) following Yemen — have not invested at the same rate in healthcare and were weakly placed to combat COVID-19 when infection rates rose rapidly, especially in the public systems utilised by the urban poor and other vulnerable groups.

Having a well-prepared healthcare system seems to have shaped part of Uruguay’s success. Its response to the pandemic is also distinguishable — it has been defined by scientific evidence and delivered in a coordinated way to meet the needs of different population groups and economic sectors.

In March, the National Government appointed a scientific advisory group to inform decision-making, which has been active throughout and “an example” of effective cooperation worldwide.

With this approach in place, the National Government defined measures based on the idea of “responsible freedom”.

Borders were closed in March and large gatherings banned. Awareness-raising campaigns were also speedily rolled out to promote good hygiene and health practices (such as the use of masks), while contact tracing has been facilitated by the Coronavirus UY mobile application.

People living in Uruguay have been encouraged, though not required, to work from home.

A consortium between the University of the Republic, Pasteur Institute and biotech company ATG, funded by the national Public Health Ministry, delivered locally manufactured PCR kits for an extensive testing campaign (from 30 per day in March to about 3,000 per day now).

Dr Jose Pedro Arcos, a member of the scientific advisory group, emphasised that “isolation measures taken immediately and voluntarily by the population together with the rapidly developed tests by virology and molecular biology scientists” are central factors in explaining Uruguay’s relative success.

Economic measures such as subsidies for small and medium-sized businesses were also introduced through the Coronavirus Fund, which was financed in part by a reduction in politician and executive-level public servants’ salaries, as well as by contributions made by business and social organisations.

Voluntary agreements were pursued between the government, unions and industry representatives to temporarily stop or modify activities with support, such as in retail and tourism.

Special attention has been given to high-risk groups. Additional leave entitlements exist for workers over 65 and many low-income retirees had previously accessed a free tablet, put to use during the pandemic for official and social communication purposes.

All school-aged children are guaranteed access to a laptop, which supported online learning while schools were closed. Schools were reopened at the end of June with comprehensive health protocols developed by the scientific advisory group.

Overall, the population is well-informed and government data, from expenditure updates to case trend analyses, are trusted.

Pre-existing confidence in institutions and reliable communications have led people to generally accept and follow the scientifically-informed public health advice. Support has been rolled out to manage economic fallout.

“Decisions have been made by the political system in conjunction with the scientific community, with transparency in the handling of data and trust among the population,” Uruguayan expert Dr Jose Pedro Arcos explained.

Schools were reopened at the end of June with comprehensive health protocols developed by the scientific advisory group.(Reuters: Mariana Greif)

There will always be challenges

Like in other place, there are challenges and points of tension emerging.

On October 28, the country recorded its highest number of daily cases at 65. Public transport is in decline and private car usage (and bikes) has increased in the country’s capital Montevideo.

The National Government has controversially proposed to freeze some research funds — a move strongly opposed by the local scientific community.

While the borders continue to remain closed for tourists, tax measures and investment limits have been relaxed to attract foreigners to move to Uruguay given propitious living conditions (at least 20,000 high-income Argentines have taken up the offer so far).

Largely, the strategy of appealing to citizens’ sense of responsibility with measured restrictions has proven successful. The health impact of COVID-19 has been contained thanks to a prepared public health system and a cautious and consistent response by government defined through scientific consensus.

With recent attention on Latin America as the epicentre of the pandemic, the democratic traditions of social responsibility and governance approach in Uruguay deserve more notice.