What did the pandemic mean for the Ana Livni brand, a brand that was born during the 2002 crisis and now has to face another complicated moment?

We say that crises can be seen as opportunities, in this case it was more dramatic because it is not only an economic crisis but a health and global crisis. They are not the same movements that one can make when it is a local or regional crisis.

How does this crisis impact a brand whose main sales are to a foreign audience?

At first, we were unemployed for nearly a month like most people, we had to send all our staff to unemployment insurance and we literally were left unemployed. Then, we started making the face masks and sold them both locally and abroad. We sell pieces outside one by one. We have made exports to Argentina, the United States and other countries, but now the sale is on the Internet and on demand. We do what you ask and we send it to you. We started with the face masks because we were not going to make clothes when people were at home without social activities, without going out to work. As we began to make the masks, the movement grew and we saw that there was an audience that had not been affected economically by the pandemic, an audience that usually travels and consumes outside and in this situation began to consume here. There was a change of paradigm to not look so much to the outside, but rather to attend more to the local public and online sales, something that we did not have very much oiled for the local market. 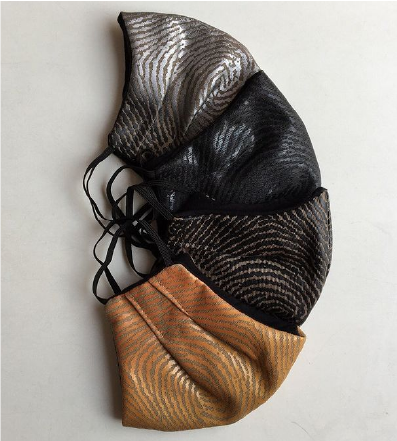 Did this change work?

Actually, it worked. The Moweek edition was the starting point for this and gave us the certainty that people are buying in Uruguay online, and we are still there. Today we can’t complain. We are working well. We changed a little bit the strategies and all the dynamics of customer service, establishing previous appointments by phone or by the networks. People are no longer ringing the doorbell at random, but there is also a phenomenon of domestic tourism.

Hence the name of the collection: Neighborhood Tourism?

Exactly. What we did was to play with these words and concepts: one can always walk around in one’s own neighborhood, city or department, or in another nearby one, the idea of traveling is not exhausted because one cannot catch a plane. That’s why we presented the collection at the Alam Histórica hotel, here in Ciudad Vieja, precisely by appealing to the idea that you can go to a hotel in your own neighborhood, you’ll see the city from another perspective.

How do you define this new collection?

We usually make collections as chapters, where one is not isolated from all the rest, but this year we did it appealing to the proximity. The model is Asian, and we chose it with the immigration that is now established in Uruguay in mind. We wanted to show that here there are different ethnic groups living together. We always try to conceptualize the collections. In this case, just as we created the printed and lined cotton masks, we also created some wool collars that are like masks and divers with collars. We started to design attending to the needs of being covered and we gave it a more playful and design-laden touch. 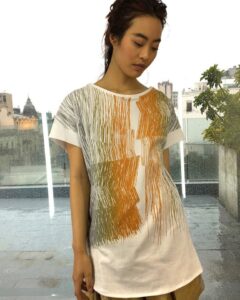 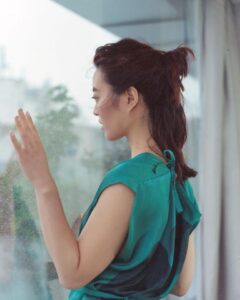 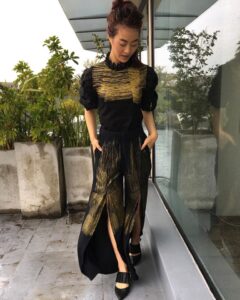 How do you see the creation of the sectorial brand Uruguay Wools?

I think it is important for the country to be attentive to wool because it is a raw material that has been super punished in the last half century, I could say. Unfortunately, I have seen many important textiles close down which had wonderful looms and employed many people. I had the possibility to work both at Paylana and Agoland and it makes me very sad, but the reality changed and these companies could not sustain themselves. It seems to me that now there is a look at the designer and what the designer does with this product, how he can generate added value on it.

I think that’s it. Before, Uruguay exported thousands of identical pants to the United States, Canada and different European countries, and the industries worked. Today the quantity is sold by China and we cannot compete on price. We are a small country, we have to compete for niche markets, to have a product with a local identity. Since we started, we have looked that way: we do not want to go out into the world with the same things that the world sells to us, we have to go with a really local proposal, one that is careful, that is natural and not synthetic, one that is careful of the environment and the criteria of a circular economy. Because wool is a first class product, today in the world it is a true luxury. Here we have to revalue the chain of production, mainly the spinners, because it is a trade that is being lost and without spinners the chain is broken. We cannot reach what is happening in Australia, which is exporting raw wool without any added value. I know that there are intentions to strengthen these aspects and Uruguay Wools can help. Because the truth is that there was a stop, the world stopped, a part of the world reflected and it became clear that with closed borders we have to attend to the local economy and see who produces here, what the country really produces, what services are imported. There is a more conscious consumption issue on the part of the people, who are more attentive to how it is produced, what is behind each brand.

As consumers, are we not so distracted?

Yes, but I don’t think there will be an end to unbridled consumption either. But at least the young people, who are the future, reflected a lot. These are positive aspects that arise from a painful cause, but it is like everything else, after a strong blow new projects and opportunities are generated. Here many things were broken. In Uruguay, fortunately the small size of some companies has allowed them to reconvert quite quickly. These are the benefits of being small, something we always saw as a negative factor. It is clear to me that I do not want to be big, I had already decided that some time ago and this situation confirmed it to me. I prefer to keep a small company and if I have to subcontract I do it. But a company that stays on this scale allows us to live without stress. This doesn’t mean having a small or limited view. It’s a nationwide look but one that points to the world.